On 8th & 9th June 2020, the UNEP-CEH/GEF ‘Towards INMS’ Project (INMS) hosted the ‘First e-briefing for the Nitrogen Working Group of the United Nations Environment Programme’. 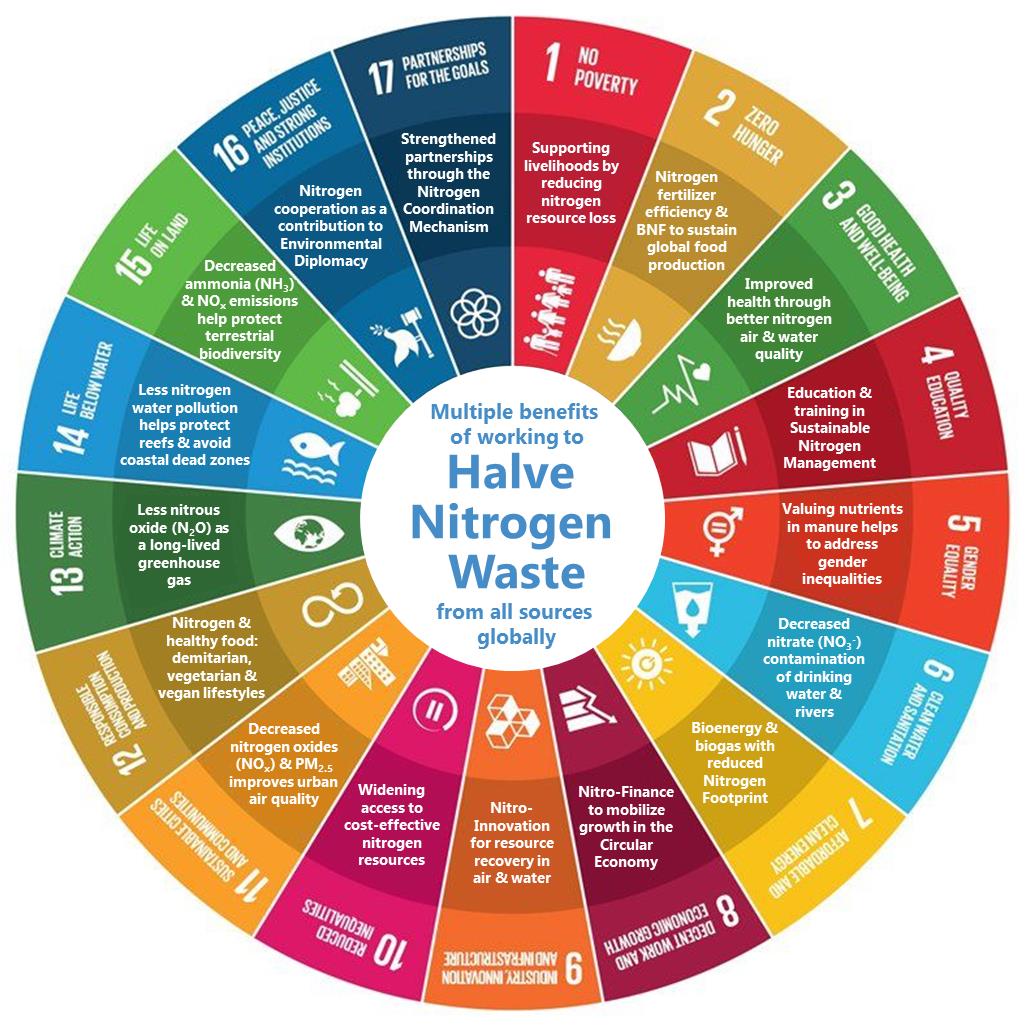 The e-briefing was the first of its kind, building on the progress made during the historic signing of the Colombo Declaration in October 2019 as part of the Launch of the Global Campaign on Sustainable Nitrogen Management in Colombo, Sri Lanka. The e-briefing also follows the adoption of the Resolution on Sustainable Nitrogen Management, during the Fourth Session of the UN Environment Assembly (UNEA-4) in March 2019.

Session 1 of the meeting, on 8th June, focused on a briefing from INMS on the International Nitrogen Assessment, while Session 2, on 9th June, focused on what is needed from the Inter-convention Nitrogen Co-ordination Mechanism (INCOM), with input from UN Conventions and Programmes.

Prof Mark Sutton, Director of the INMS Project, explained the history leading up to the e-briefing, including nominations of National Focal Points to the Nitrogen Working Group by Member States which began in September 2019 through the UNEP Committee of Permanent Representatives (UNEP CPR).

The e-briefing was the first time that National Focal Points had met together to agree and discuss the next steps in deciding how to move forward in implementing the Resolution on Sustainable Nitrogen Management. 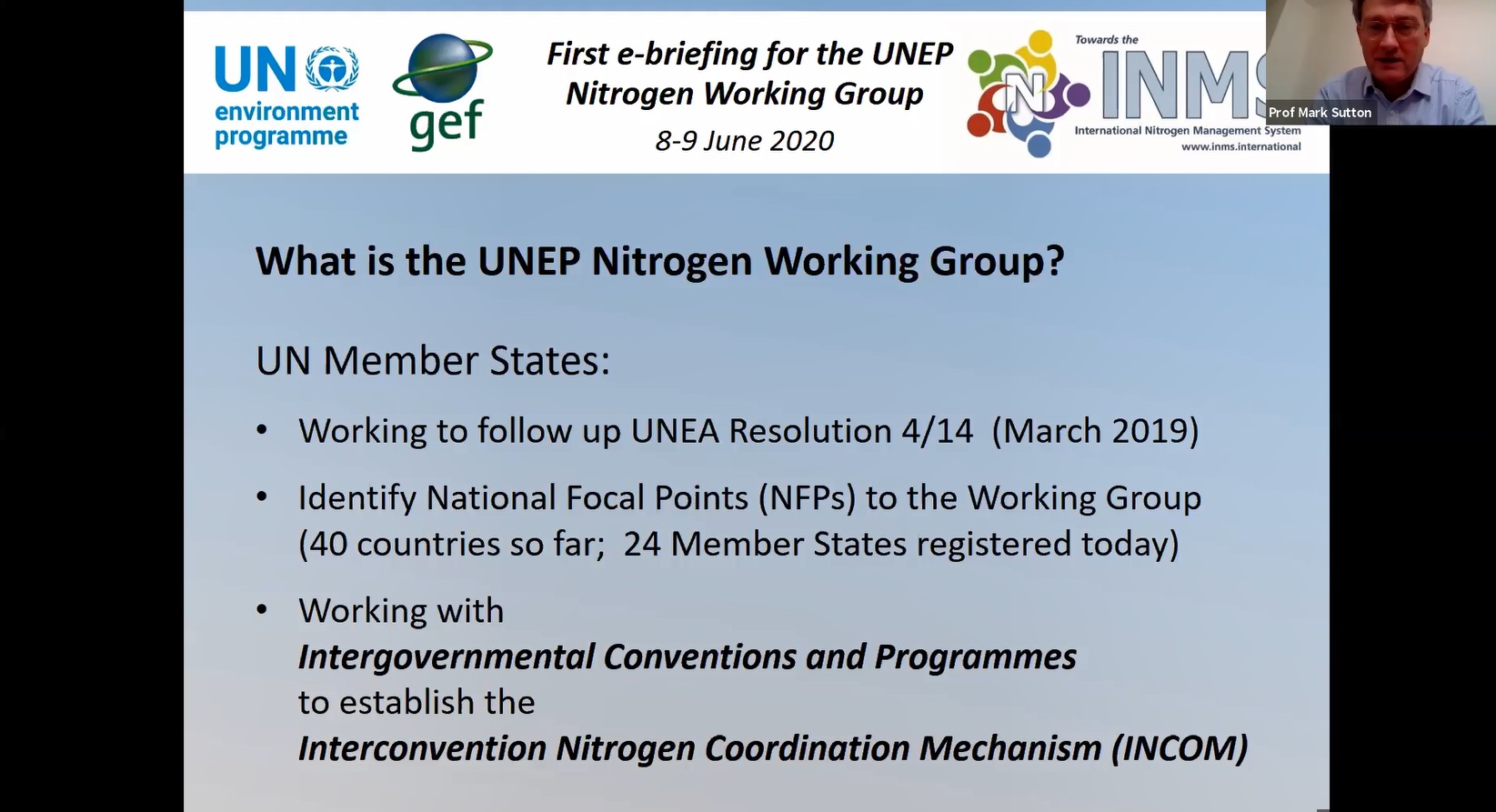 Prof Sutton spoke about the importance of the International Nitrogen Assessment (INA), a major output from the INMS Project, set for publication in 2022 which will bring together all of the evidence that is needed to showcase the multiple benefits of a joined-up approach to sustainable nitrogen management. Session 1 also provided an opportunity for National Focal Points to voice support for, and to provide feedback on, the INA.

Session 1 finished with the playing of the Nitrogen Song by Grammy® Award Winner and US Billboard #1 artist, Ricky Kej, who described nitrogen as “…a forgotten piece of the puzzle in solving climate change..."

Session 2 of the meeting on 9th June was opened by Prof Sutton who outlined the 4 options for moving forward towards improved nitrogen science and policy co-ordination, including: 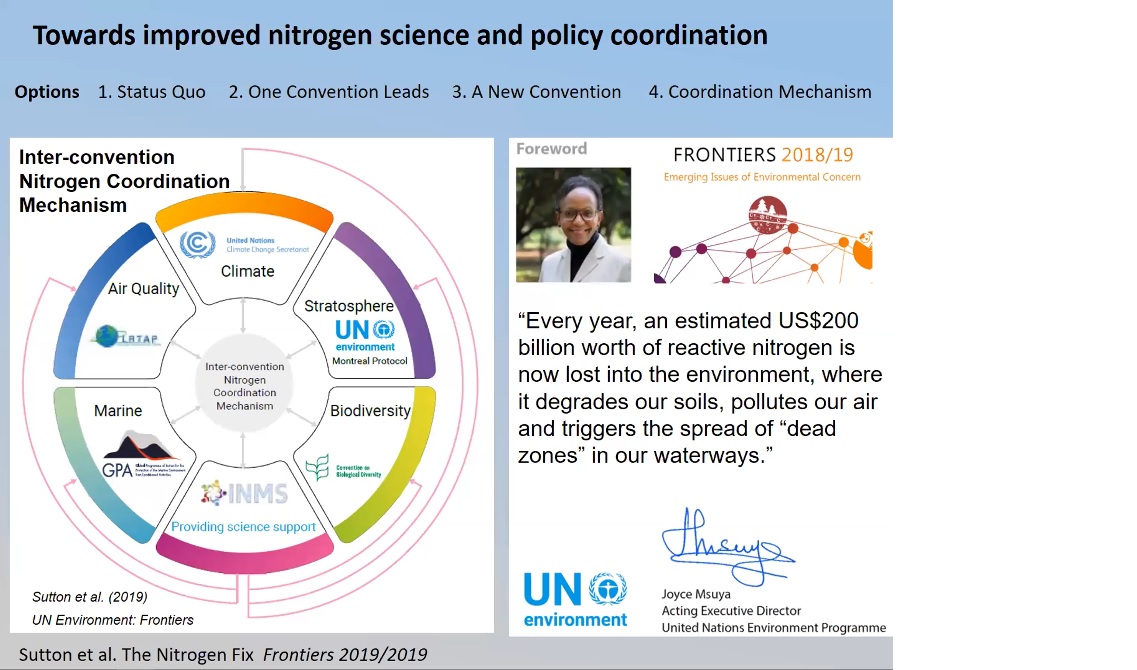 Representatives from the United Nations Convention on Biological Diversity (CBD), the UNECE Convention on Long-Range Transboundary Air Pollution (CLRTAP), the UN Framework Convention on Climate Change (UNFCCC), the Global Programme for Action on the Protection of the Marine Environment from Land-based Activities (GPA), the Ozone Secretariat, and the United Nations Food and Agriculture Organisation (FAO), spoke on the importance of international co-ordination and highlighted the relevance of a multi-actor process involving both Member State and Convention co-operation.

With over 160 delegates representing over 50 countries in attendance, the e-briefing was a very successful step in the implementation of the Resolution on Sustainable Nitrogen Management.

A Task Group has now been established to refine the Terms of Reference for the Inter-convention Nitrogen Co-ordination Mechanism, with a second e-briefing for the UNEP Nitrogen Working Group planned for early 2022.

All briefing documents, presentations, and recordings of the meeting will be posted on the UN Environment Assemby Papersmart Platform (new link)

You can also view key documents below: