The work here recognizes that nitrogen has multiple adverse effects on the environment. These include effects via losses of nitrogen from multiple sources including farming systems, combustion systems (for energy, transport and industry) and waste water systems. Effects have been summarized by the ENA and Our Nutrient World under a simple model: WAGES: Water, Air, Greenhouse balance, Ecosystems and Soils. These include effects on human health and ecosystems, including consequences with adverse effects on economic productivity (health, crops losses, loss of coastal productivity).

This activity is working to bring the science communities addressing these separate issues more closely together as a basis to better understand each others issues and to identify the links between them. Specifically, it is recognized that there are different philosophical paradigms adopted by different communities and these paradigms need to be confronted and better understood.

A concept or rationale that is relevant here is the concept of critical loads of nitrogen, that has been applied for non-agricultural soils and used in air pollution policies.  Similarly critical loads of nitrogen (possibly interlinked with phosphorus) can be derived for agricultural soils based on an acceptable : (i) N (and P) runoff in view of surface water quality, (ii) nitrate (NO3) leaching, in view of drinking water quality.(iii) ammonia (NH3) emission in view of biodiversity impacts caused by NH3 deposition on neighbouring nature and (iv) nitrous oxide (N2O) emission in view of climate change. Such integrated critical N loads can be derived both at farm and regional scale, the latter being regional N boundaries, which aggregate up to a planetary N boundary when applied all over the globe.

Activity 1.2 is being delivered under Component 1. The diagram below shows the tasks and task outputs deliviered for this activity. 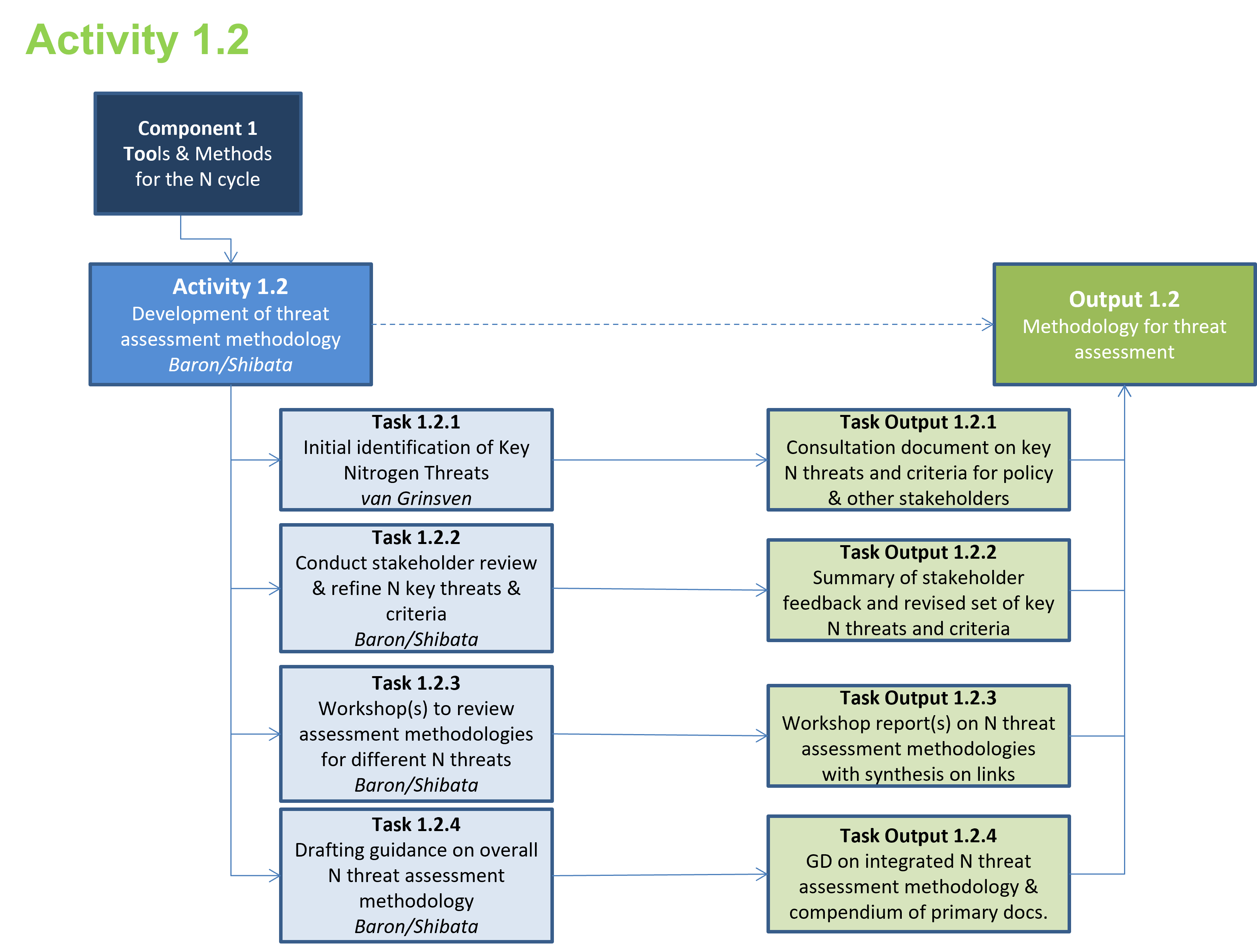