Domain of the Demo

Figure 1. The Western EU Atlantic Façade covers a surface area of about 1 million km², includes 17 major rivers, and takes into account river watersheds from > 300 km². Experimental studies focus on the Seine and Tagus for comparing Temperate and Mediterranean Regions.

Role in Towards INMS

Whilst these results related to agricultural activity are a significant start to a regional demonstration site, due to the nature of the core projects and partners involved in the work, they will be related to the water systems in a land-to-sea continuums of the river basins of the selected domain. The possible consideration in the model of tropospheric ozone effects on crop nitrogen and water use efficiency in Mediterranean areas will be explored. In the context of the demonstration and as the INMS project progresses we have mobilised  stakeholders (Water Agency, farmers, farmers representatives, managers and policy makers) to identify opportunities or barriers for improved nutrient (N, P, Si) management in a region where the impact of too much N currently results in inland water contamination and coastal eutrophication.

Figure 2. Nitrogen surplus in the France, Spain and Portugal for the current situation and for the A/R/D scenario. 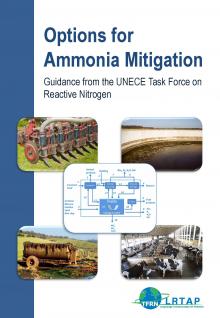